The favourable growing conditions of Castle Kennedy Gardens lead it to being the home of 20 impressive Champion Trees. A Champion Tree is the tallest or oldest or most massive example of its kind recorded by the Tree Register. At Castle Kennedy Gardens, these include 6 British Champions, 11 Scottish and 25 for Dumfries and Galloway. The Rhododendron arboreum subsp. cinnamomeum is a Champion of Champions and Nothofagus solandri var. cliffortioides (Mountain Beech) a Scottish Champion. Look for the Champion Tree Trail guide in our shop which provides detailed information about these trees as well as a self-guided walk through the Gardens. Or check our Events listing for guided walks of our Champion Trees with Head Gardener John MacArthur of that Ilk. 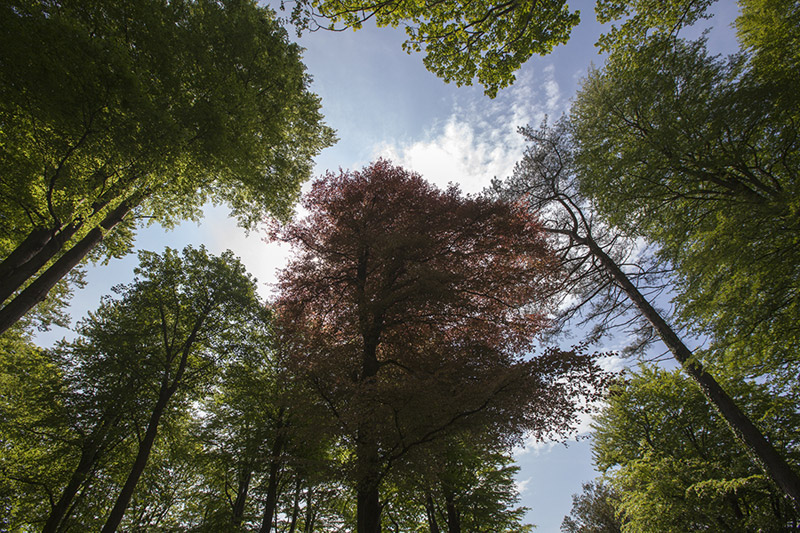 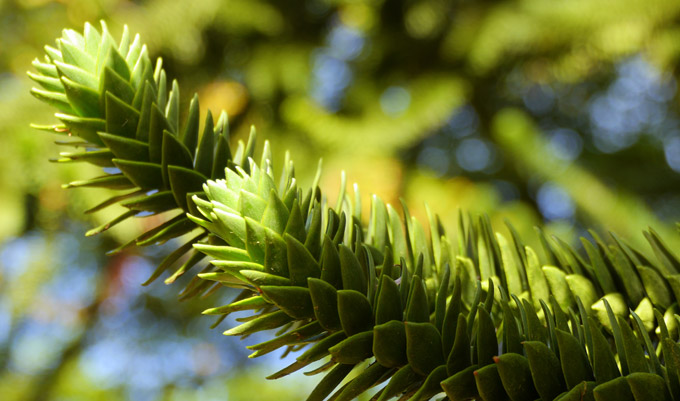 Castle Kennedy Gardens is best known for its collection of rare and hybrid species of Rhododendrons found throughout the Gardens. Among the most beautiful are the many tall Rhododendron arborum, and the British Champion (tallest) can be found growing near Mount Marlborough. Other notable examples include Rhododendron griersonianum, Rhododendron Loderi King George, Rhododendron Review Order and Rhododendron hodgsonii. 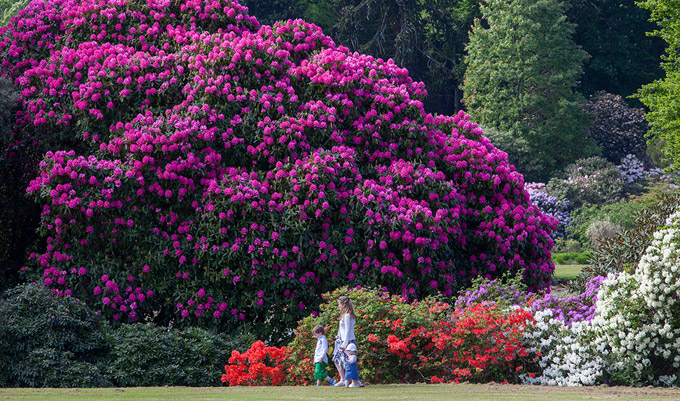 Rhododendron Cynthia is spectacular and can be found looming in the Sunken Garden at Lochinch Castle as well as overlooking the Round Pond (see above).

Also known as the Chilean Fire Bush, this species originates from the temperate forests of Chile (as the common name might suggest). In June its clusters of narrowly tubular scarlet flowers set the landscape alight throughout the Gardens, but particularly by the Dancing Green, in Dettingen Avenue and at the Canal Entrance. 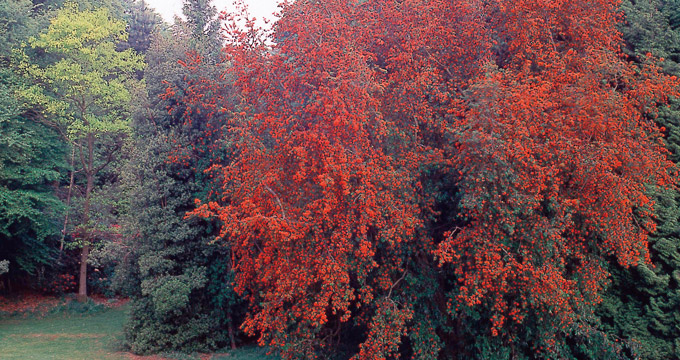 Camellias were cultivated in the gardens of China and Japan for centuries before they were seen in Europe. Many of the species found in Britain today came courtesy of the East India Company as the tea trade expanded. At Castle Kennedy there are many beautiful examples of the Camellia x williamsii and Camillia japonica hybrids, including Camellia japonica Adolphe Audusson and Camilla Leonard Messel, which provide colour early in the year and are found next to the Walled Garden and in the Heather Garden at Lochinch.

Native to the southern temperate regions of South America, the Eucryphia at Castle Kennedy are exceptionally tall (up to 22 metres) and their sweet scent emanates from the flowers in the late summer into the early autumn as they guard the Canal Bridge and the southern gates of the Walled Garden. The Eucryphia cordifolia found near the Walled Garden is a British Champion, being the tallest and largest of its kind. The Gardens also feature the single and double flower varieties of Eucryphia glutinosa which are rare. 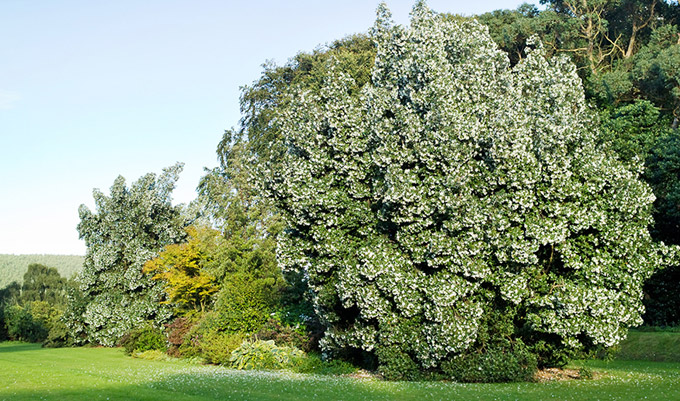 An old hybrid cultivar raised from a chance seedling found in the garden at Lochinch Castle circa 1940, the shrub’s parents are believed to have been Buddleja davidii and Buddleja fallowiana. One of the most popular Buddlejas of all time, ‘Lochinch’ was accorded the Royal Horticultural Society Award of Garden Merit (record 672) in 1993 and reaffirmed in 2010. Look for it in the Walled Garden and at the gardens in Lochinch. 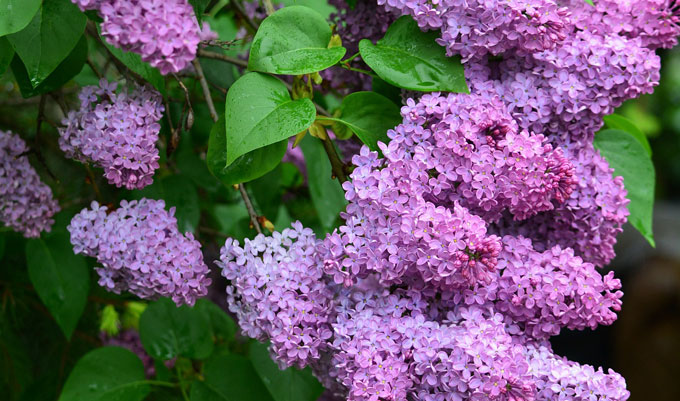 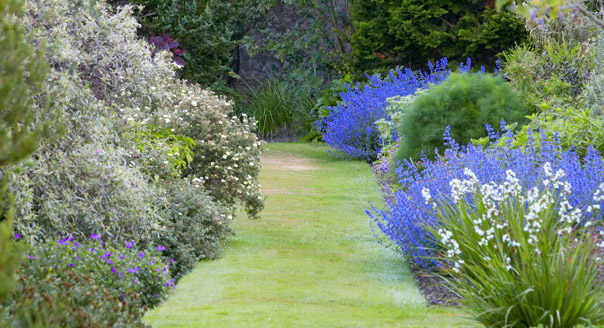 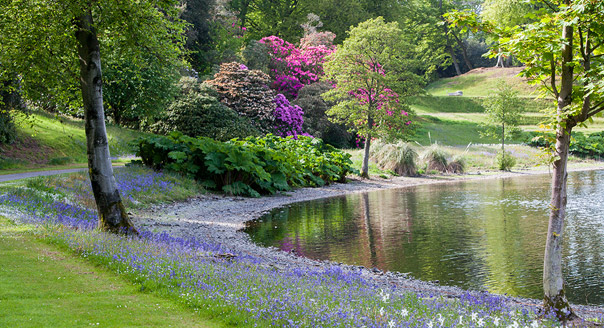 We wish you all a very happy Easter, full of sunsh

Transform your garden with some of our beautiful p

It's going to be a colourful Easter at Castle Kenn

Have you had a chance to make it along yet? Make a

Have you tried our Hummingbird Cake yet? It’s i

Have you joined in on our Easter Egg Trail yet? Co

We are open and the Easter holidays are here! Wh

“When all at once I saw a crowd, A host, of gold

Magnolia campbellii can take 30 years to flower an

We are enjoying one of the best flowering springs

As we get ready to open Castle Kennedy Garden’s

Just remember, during the winter, far beneath the

Wishing you a very happy Christmas from Castle Ken

It's hard to beat the beauty of a white Christmas.

The Winter Solstice is here and the dark winter sk

Cold dark nights are the perfect time to start pla

We hope you're wrapping up warm and enjoying the S

Come and see us for the last day of our Easter Egg Trail tomorrow, Sunday 24th April. Only £1.50 per trail, reduced from £3.00! We still have Easter Eggs for all those who complete the trail.We've had a great couple of weeks and have loved seeing everyone enjoying themselves in the Gardens. #happyeaster #castlekennedygardens #easteregghun ... See MoreSee Less

We wish you all a very happy Easter, full of sunshine and good times. It’s been a wonderful first few weeks of the Gardens being open. On the wider estate our new born lambs have arrived in time for Easter and are enjoying the wonderful mild weather. ... See MoreSee Less

Transform your garden with some of our beautiful plants this Easter. Browse our range of stunning rhododendrons for inspiration. All our plants are home-grown or sourced from trusted Scottish suppliers.Castle Kennedy Gardens are open daily, 10am - 5pm. #plantsforsale #rhododendrons #scotlandgardens #castlekennedygardens ... See MoreSee Less