Home to the Earls of Stair, Castle Kennedy is known to have been standing in the 14th Century.

Unfortunately, the Castle and virtually all its contents were destroyed by fire in 1716. Despite presumably being distraught at the loss of his home, the 2nd Earl (1673 – 1747) began laying out gardens around the ruins almost immediately. These efforts continued for the next 20 years, completely reshaping the landscape on a grand scale at one end. Their original design reflects the transition in garden fashion at the time, evolving from the formal parterres of the baroque to the more naturalistic landscape style made most famous by the English landscape architect Capability Brown (1716 – 1783).

Garden development continued after the 2nd Earl’s death, but by the end of the century had been largely dismantled and landscaped.

The Gardens were restored, replanted and extended in the mid-19th Century initially by the 8th Earl when he stumbled upon a decaying copy of the original plan by William Adam in a gardener’s cottage on the estate. They were added to further in 1840 by the 10th Earl who also built Lochinch Castle and its gardens at the other end of the isthmus between the two lochs.

Today, the ruins of the old Castle, a scheduled ancient monument, stand at the heart of the Gardens. The present Lord Stair and his family are committed to both restoring elements of the Gardens to their 19th Century splendor and to continuing the Gardens’ evolution.

The 2nd Earl was ambassador to the court in Paris (1714-1720) which seems to have influenced the layout of the garden at the time, as the Castle green was reputedly laid out on similar lines to Versailles. The 2nd Earl, a Field Marshall, also had a significant military career, which is reflected in various parts of the Gardens.

The extensive work on the Garden ranged to some 70 acres (28 ha) and was undertaken by the 2nd Earl together with his chief gardener, Thomas McCalla. It took over 20 years. Also consulted was William Adam (1649 – 1748), the preeminent Scottish architect of his time and father of the even more famous architect, Robert Adam (1728 – 92). Garden designer and nurseryman William Boutcher, senior, was also involved; though it is believed that the final design was Adam’s modified by Stair and McCalla.

The design is somewhat unusual for its time in that vistas were laid down which no windows overlooked and canals and basins built which reflected no facades. It is unclear whether there was intent to build a ‘modern’ mansion on or near the site of the burnt out ruins of Castle Kennedy at the time.

The 2nd Earl’s military background not only was reflected in the names of various features of the Gardens (many of them still extant today), but his military connections also came in handy. Some of the labour needed for the construction was supplied by the soldiers and horses of his own regiment. And the dung from the horses was used for the garden.

By 1733, the Gardens had become a destination worthy of a visit. The following year, they were celebrated in verse by Irish poet Samuel Boyse (1708 – 1749) when he wrote in a work (‘Loch Rian’) addressed to Lord Stair:

How bloom thy gardens crown’d with soft delight
And spread successive beauties to the sight:
What airy prospects! What romantic views!
Surprise the fancy, and inspire the Muse!
Through the long vista, or the casual break,
Glitter the blue canal, or silver lake;
Sweetly bewilder’d the spectator roves
Midst hills, and moss-grown rocks, and hanging groves;
With care the eye examines every part,
Too form’d for Nature – yet too wild for Art:

It was not until the mid-19th Century when the present house, Lochinch Castle, was to be built that the Gardens were restored and further extended. This effort was commissioned from the Scottish botanist and garden designer John Claudius Loudon (1783-1843). At that time, interest in plant collections was at a peak.

The British have foraged in all corners of the globe for plants that can be put to use back home. It is astonishing how many of the 19th Century plant hunters were Scottish. The 19th Century in particular saw vast sums of money invested by nurseries and other patrons in the search for plants that might be popular garden varieties. The Stair family were generous patrons of many plant hunting expeditions from which Castle Kennedy Gardens benefited greatly.

The favourable climate at Castle Kennedy meant that often new species were sent here. As a result, the Gardens are internationally famous for their species Rhododendrons. Sir Joseph Hooker (1817-1911), later Director of the Royal Botanic Gardens at Kew and said to have been Charles Darwin’s greatest friend, sent many of the original introductions from his expedition to the central and eastern Himalaya (1847-1849) to Castle Kennedy. Unlike many species, these grow to immense height and are wondrous to behold, particularly when they are in bloom. These, along with a vast collection of Azaleas, Camellias, Magnolias and Embothrium, give spectacular colour in late May/June.

Today, in conjunction with Historic Scotland, we are working on a continuous restoration programme at Castle Kennedy Gardens in an effort to reveal the magnificent design that was part of the ‘restoration’ project by JC Louden in the mid-19th Century. The Gardens now comprise a world famous plant collection, a scheduled ancient monument, several category A listed buildings and a Site of Special Scientific Interest.

In 2011, Castle Kennedy Gardens became a Partner Garden of the Royal Horticultural Society. RHS Partner Gardens are chosen on a number of factors, but whether for their formal landscape, late season borders or woodland all offer inspiration to keen gardeners through high standards of design and/ or planting. 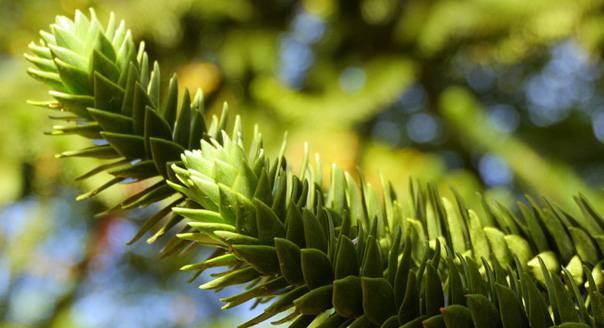 Today we are OPEN from 10am and each weekend until

Take a break from the winter chill and celebrate w

It’s time to get ready for the Snowdrop Festival