The Sunken Gardens were originally laid out in an ornate formal pattern bordered by gravel paths. Between the paths lawns were cut out to make 58 small flowerbeds of different shapes and sizes reflecting elements of the family crest.

Today the beds have been joined into several larger ones planted with a mixture of shrubs and semi hardy herbaceous plants. They are surrounded by hybrid Rhododendrons with an enormous Cynthia, which bursts into bloom in April/ May, making a huge pink mass.

Although visible from the gardens at Lochinch, the Sunken Gardens are currently not open to the public due to restoration works taking place there. 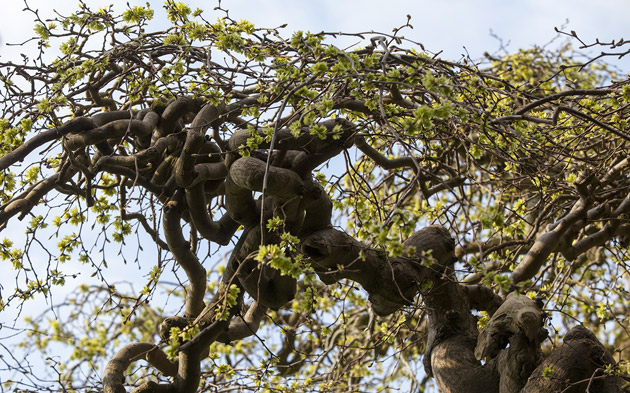 At the western end of Lochinch Castle are the Sunken Gardens which were created when the Castle was built in the 1860’s.

What a stunning view up to the castle with all the

It's lovely that we're now being showered with pet

It's been amazing learning about Japan through the

*Now booked* We've just had a cancellation at our

Some of our more tropical plants are looking forwa

Join us in the garden on Monday, 23 August for our

Rediscovering the hidden corners of the garden as

You can't improve on a rhubarb crumble… or at le

We love rain at the gardens... everything looks so

We can't get enough of the delicious pizzas from t

In August when the days are hot, I like to find a

Hoo is coming to see the amazing birds of prey at

Pretty in pink! 🌸 The walled garden is bathing

Our Crafty Distillery Gin Bar will be joining the

We've been missing @TinVanPizza so much that we've

Weighed down with dew, our clouds of Marguerite da

It's a pirate's life for me! A massive thank you

**Now booked, and in record time! We have autumn b

The sun has risen on a beautiful day in the garden

Wednesday is our time to slow down and enjoy the t