Last week the Gardens were full of young Artists and Rocket Scientists.

Have you ever though about being an artist? What about being a rocket scientist? There were lots people ready to try out their skills and learn some new ones during our recent Garden Ranger Activities. 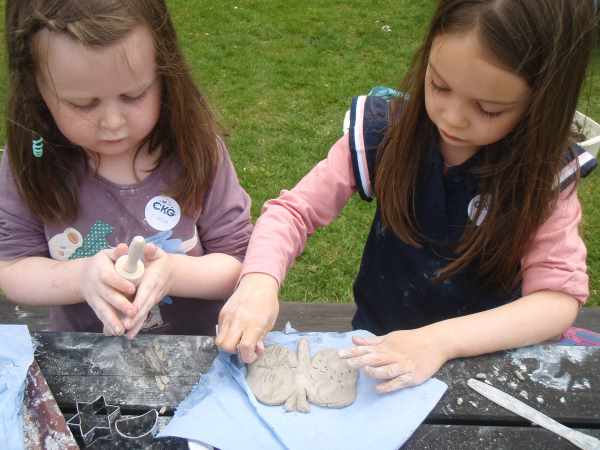 Clay art is a new Garden Ranger Activity and it attracted a lot of budding artists who wanted to learn about clay and what they could do with it. We started by looking at soil, mud and clay to learn how they were different and how they looked felt between our fingers when they were dry or wet. All the grown ups got involved too when we started making pinch pots and coil pots our of our air drying clay. Everyone was being really creative and wildlife inspired most people with hedgehogs, squirrels and even the elusive Scottish haggis making an appearance along with the pots, jugs and name plaques. I think that some people enjoyed squidging the mud as much as making things with the clay! They certainly seemed to be enjoy getting messier and then cleaner washing all the equipment at the end. 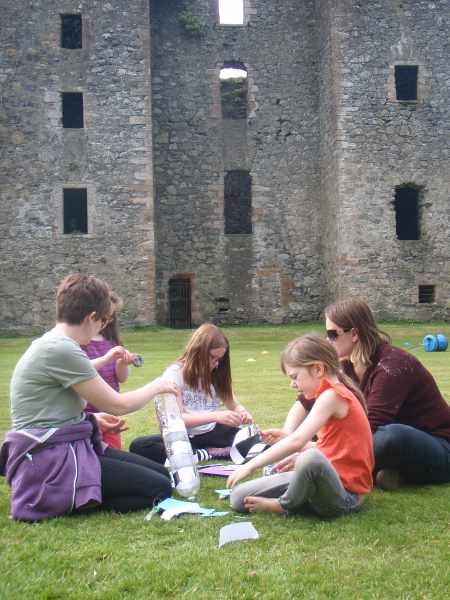 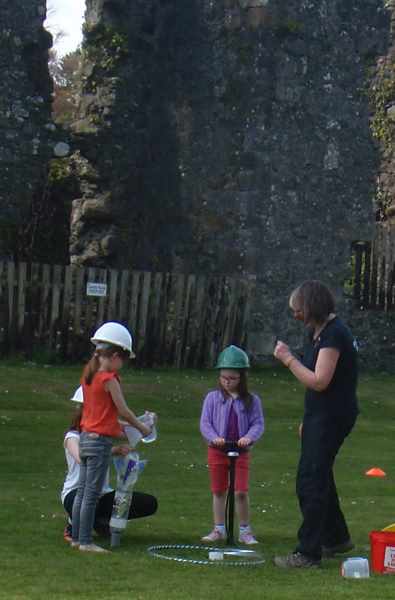 After lunch it was great to see all the artists turned rocket scientists experimenting with their rockets. Our first method of propulsion was our own breath as we made straw rockets, blowing into a straw caused our small rockets to fly up in the air. We learned that our rockets shouldn’t be too heavy and that we had to block one end up or they wouldn’t work. The next rocket were fuelled by some common household ingredients to create a chemical reaction to make our rockets explode into the air. Mixing bicarbonate of soda and vinegar created carbon dioxide inside small canisters which blew them way up into the air.

The last and biggest rockets were made using lemonade bottles and we had a team of girl rocket scientists competing against a team of boy rocket scientists to see who could design make and launch the best rocket. The competition was fierce with the boys getting ready to launch their rocket first, putting water in their rocket, then the plug, then using a bike pump to pressurise it until it took off, going well above the Castle ruins. The girls were next and their rocket was just as successful. We finished a bit late by the time everyone had a turn at the different jobs and there was no way of deciding which was the best rocket. There was one last challenge, that of tiding up and putting everything away. This was done in super fast time and as the Garden Ranger I have to say another big thank you for everyone who helped, it makes my job so much easier. 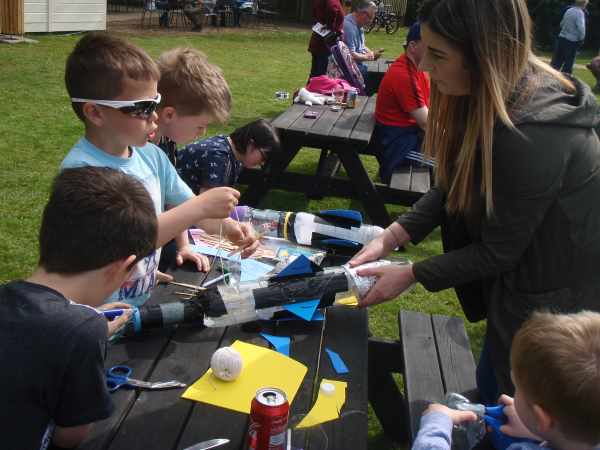 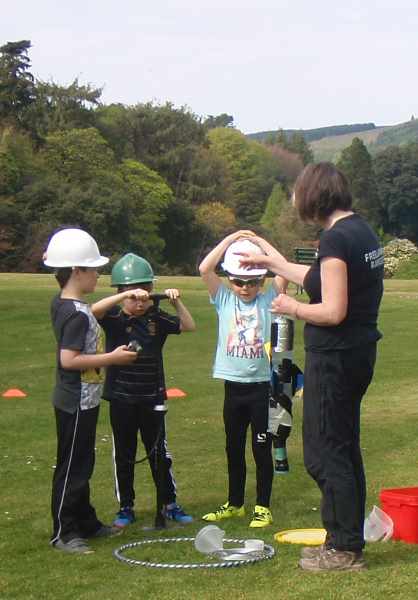 Boys Team getting ready for Blast Off

There are lots more Garden Ranger activities coming up this year, including another Rocket Lab. We will also be catching sweet dreams with our dream catchers, making our own paints using earth and other things around the gardens in Painting with Earth as well as helping out the Garden’s bees and newts by making them some new places to live. I hope to see you there. 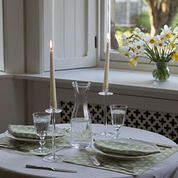 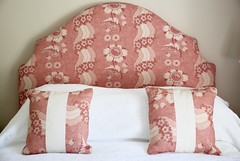 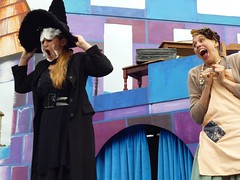 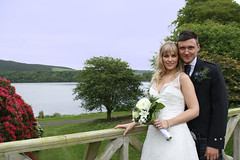